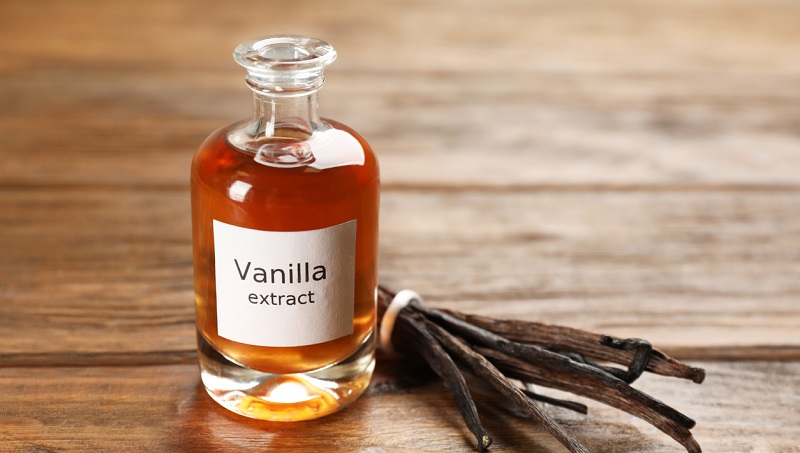 The Islamic religion is designed in such a way that it regulates absolutely every segment of its believers down to the smallest detail.

In question are the regulations written in their holy book, the Koran, but interpretations of what is permitted and what is prohibited may vary.

One of the huge segments of everyday life, which is regulated by certain rules, is related to food.

Which refers to both its preparation and its consumption.

The issue of the specific food is brought about by a large number of rules governing that area.

So here we are talking not only about prohibited foods, but also about the methods of preparation, and processing, the very origin of those foods, and their quality in general.

To describe this vividly, even animals that are allowed for consumption are fed with a certain type of food to remain clean when consumed by believers.

That is why pork meat is not considered clean and it is Haram because a pig can eat even a rat if it has the opportunity, while a lamb will only and exclusively graze on grass.

Another proof of how detailed these rules are is confirmed by the fact that it is even important that food or products during storage and transport are not in contact with haram foods so that they are not accidentally mixed.

Food producers are aware that if they adapt to the halal market because that market has 1.7 billion people!

Even people who are not of the Muslim faith like to consume halal products because they are considered verified and of higher quality.

People in the world are divided into two groups;

The ones who love strong and dark sweetness, who adore chocolate, and they’re the ones who worship vanilla flavors.

In both cases, their devotion is seen in all aspects of life, not just that they want to eat candy that has one or the other, but they do want to smell like one; to light candles that have vanilla flavor, etc.

Now, more about vanilla – one of the most favorite flavors in the world, mild but also strong, wonderfully sweet.

Right away you must know that there is a big difference between vanillin and vanilla extract.

Vanillin is the main aromatic component of the vanilla pod that grows on the vanilla orchid.

If you add seeds from the pod to dishes, use natural vanilla.

Considering that vanilla plants can only be grown in very specific conditions, and the quantity produced is not adequate to meet demand, the aromatic component vanillin is made synthetically.

The artificial aroma, which is in no way inferior to the natural vanilla aroma, is used in the food, cosmetic and pharmaceutical industries and is regarded safe for health.

The vanilla flavor is not a lawfully defined term.

It is typically acquired by a chemical process from various raw materials.

Those who prefer natural vanilla products can also use vanilla extract, as the extract sold in bottles consists of 100% vanilla pods.

Now, what we want to find out here, is whether Vanilla extract is something that Muslim believers can consume, and whether is it halal for them to consume, only in some cases.

Just to add, it is similar to soy sauce, for example, as it could be eaten, or it is debatable if it is possible to be eaten, just for the percentage of alcohol in it.

Is Vanilla Extract Halal or Haram In Islam?

Is vanilla extract halal or haram in Islam?

Along with chocolate, vanilla is one of the favorite flavors of people all over the world

We use it in various desserts such as the famous ice cream, cakes, cookies, and much more.

Therefore, the artificial vanilla flavor is most often used nowadays.

Is vanilla extract halal or haram is a question that bothers many connoisseurs, and here we will try to answer everything you might be interested in regarding Vanilla, especially whether it is halal or haram.

Vanilla extract that contains 0.1 percent alcohol is Halal because it has been established that it is the amount of alcohol that cannot affect a person, that is, he cannot get drunk from it at all.

So it is halal to use Vanillin extract that contains this percentage of alcohol, especially because even that little percentage is absorbed in the food or drink we drink with this extract and cannot affect us in any way.

But it should be noted that vanilla extract and vanilla flavor are not the same, so as not to confuse, because vanilla flavor produced by McCormick, for example, contains up to 35 percent alcohol and is Haram!

In the Islamic community, vanilla extract is allowed regardless of the small amount of alcohol it contains because it will not have an intoxicating effect on a person.

Everything that does not have an intoxicating effect on a person and contains a very small percentage of alcohol is Haram, and what can cause an alcoholic state in a person is Haram.

What does it mean if some food is prepared with a certain percentage of alcohol in it and that food does not absorb and disintegrate the alcohol, that food is Haram and must not be consumed under any circumstances.

Only if the food has completely absorbed the alcohol so that there are no traces of it in any respect, neither color nor smell nor taste, it can be considered Halal and safe for consumption, otherwise, it is Haram.

Muslims should pay attention to this when buying vanilla extract and check the alcohol content and whether it has a Halal certificate.

As for the vanilla flavor, certain substitutes are alcohol-free and can be consumed, but they must contain a halal certificate.

This is something that they should adhere to in order not to overcompensate while buying the product.

Especially when buying abroad, where Muslims are a minority and where the products simply do not say whether something is halal or whether it has a certificate, i.e. that it is safe for their use.

Is vanilla extract with alcohol halal?

It can be said that it is halal precisely for the previously mentioned reasons, where Islamic teachers state that it is allowed because the percentage of alcohol is not high enough to affect a person, i.e. he is unable to drink it because it has evaporated.

However, it is always necessary to pay extra attention because lower-quality vanilla extracts contain a slightly higher percentage of alcohol, which can simply be felt when consuming food enriched with this low-quality extract, literally even when you lick the vanilla extract itself, you can very clearly feel the taste of alcohol in it, the same means that it is Haram.

The most drastic example is McCornick vanilla extract, although we cannot classify it as low-quality.

We have already mentioned that he is haram!

It can contain up to 35 percent alcohol, and it must not be consumed under any circumstances.

It should be noted that the McCornick extract contains water, vanilla beans, corn syrup, and alcohol (35%).

The answer to this question is not simple, the amount of alcohol it contains must be 0.01% alcohol and also that alcohol must not come from an alcoholic drink such as rum or liqueur.

Also, take all this with a grain of salt, because all other chocolate ingredients must be Halal. 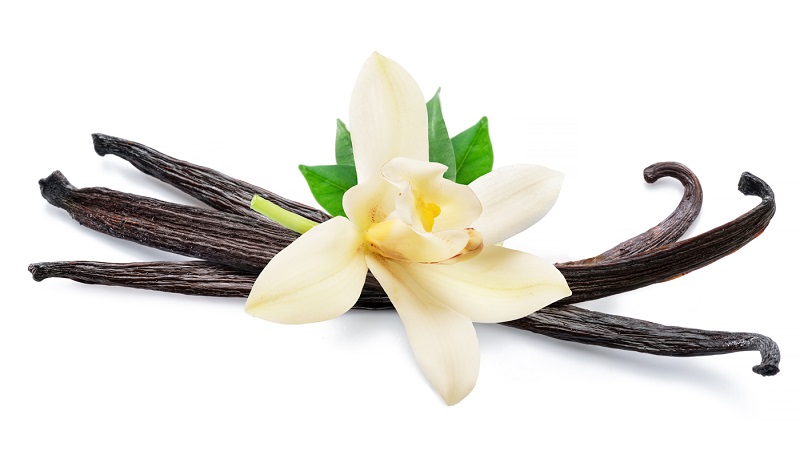 Vanilla is a common element in numerous specialties, whether it is used in the form of an extract or its seeds are utilized.

Nevertheless, not everyone knows the origin of this captivating plant.

That’s why we take you on a culinary journey and discover the origin of the irresistible vanilla.

Vanilla comes from a plant that belongs to orchids and originates from Central America, parts of present-day Mexico, and Guatemala.

This miraculous plant has the form of a bag, that is, its stem is not upright and grows like a vine.

Industrial vanilla is acquired from a special species named Vanilla planifolia, which in translation would mean vanilla with flat leaves.

From the plant, its oblong pod is used for vanilla production.

These parts are harvested before they are fully ripe, soaked in hot water, and then left to dry for two to 6 months.

Each pod has thousands of tiny black seeds, and when you can put your hands on one of these, you can be certain that you have the most quality vanilla.

In cuisine, vanilla is most often used in the form of extract or essence, and it is the most affordable form of this aromatic food.

Vanilla flourishes only in specific geographical areas, i.e. only 10-20 degrees below and above the equator.

Vanilla grown in Mexico is darker in color, has a softer consistency, and is juicier, and if it comes from Tahiti, it has more floral aromas.

Like saffron, vanilla is difficult to make, which is why its price is high.

Namely, for the pods to develop, hummingbirds or particular types of bees must help pollinate the plant.

Also, the flowers are only open for a short period, which decreases the chance of pollination.

As you could see, the question is whether the vanilla extract is halal or haram, it depends on which extract is in question and from which producer it comes to us.

There are those Islamic teachers who claim that in the life of an Islamic believer, the use of alcohol is not allowed, even in this indirect way where there is such a quantity of alcohol that it cannot get you drunk.

According to other Islamic interpretations, the answer to this question lies in the intention itself, and the one who, for example, eats a cake with vanilla extract, even though there is alcohol in it, does not commit any sin because it is very unlikely that he will eat those cakes to the extent that he would get drunk.

Certainly, the safest solution is to use artificial vanilla extract for any purpose because it does not contain any ingredient that is haram.

Also, there are manufacturers whose products are 100 percent halal on the market only in certain countries such as the USA.

One of them is Redman vanilla extract.

Therefore, we believe that the biggest problem in general with all flavorings is the possible presence of gelatin, lard, or alcohol.

When we talk about alcohol, it is already known that its consumption is a great sin for Muslim believers.

so here we are talking about alcohol and the percentage of alcohol that will make a person drunk.

According to the interpretation of some Islamic teachers, the consumption of vanilla is allowed even if there is alcohol in it because during the preparation of certain dishes, the percentage of alcohol loses its properties and the food completely absorbs it so that it has no possibility of intoxicating a person.

Muslim believers, as well as all the people of the fairy tale, enjoy various sweets specialties where yarrow extract is used, and bearing in mind that their people are quite displaced all over the world, they should perhaps look up to them a little when it comes to nutrition. they eat healthy to be healthy themselves.

They try to be moderate in everything and that everything they use is natural, which they call Halal

Every faith contains something good and if we accept it well, we can only be better people both for ourselves and for others.

Related Topics For You:

More Topics For You: 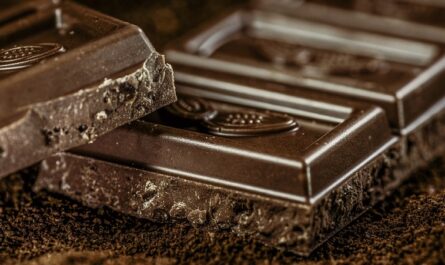 Is Chocolate Halal or Haram In Islam?